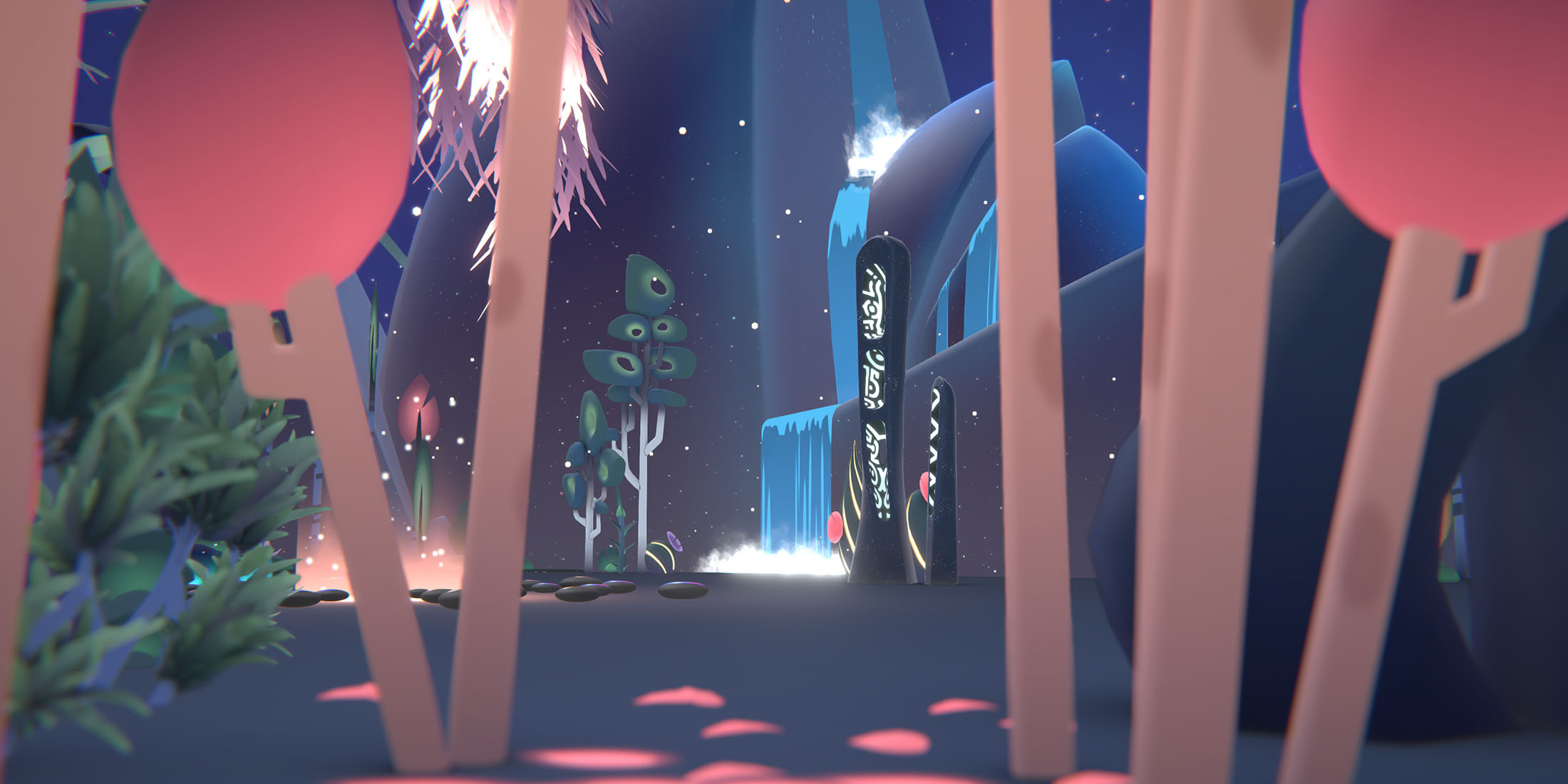 Where can I find the QuickMenu and Tool Tips?

The menu button on your left controller (recognizable as the button with the three lines) will bring you to the Quick Menu. If you're looking for Tool Tips, hit the question mark at the bottom of the Quick Menu.

I want to take photos and videos inside the Maloka universe. How do I do that?

The Maloka universe is a beautiful one, and we love seeing your photos! To take a photo within the Maloka VR app, press the B button. To record a video, press and hold that same B button. Want to view your content? Simply open your Maloka mobile app and click Gallery at the top of the home screen.

My spirit was evolving, but it's now a baby again. What happened?

When you're inactive in the game over a period of time, your spirit gets younger. Play and explore to watch your spirit grow again.

How do I pick up and move a reward on my island?

Use the inner grip buttons to pick up and place items on your island. Pro tip: The trigger buttons allow you to rotate an item to find its perfect place.

My island is getting crowded with rewards. What should I do?

If you'd like, you can store your rewards in your abundance chest. Simply pick up the item using the inner grip buttons and place it on top of the glowing blue abundance chest next to the big tree.

My island is getting crowded with rewards. What should I do?

If you'd like, you can store your rewards in your abundance chest. Simply pick up the item using the inner grip buttons and place it on top of the glowing blue abundance chest next to the big tree.

Help! Maloka is not working and I think I've found a bug. What should I do?

Tell us about it! We're here to help. Simply email our support team at hello@playmaloka.com with the email address you used to sign up and a description of the issue: we'll be in touch soon.

My headset is turning off in the middle of meditations. What should I do?

This is your Meta Quest going into sleep mode!

You'll need to adjust your Meta Quest device's Sleep Settings. Don't worry, this is easy to do. Head to the Quick Setting (where the clock is shown on your menu bar) and click Settings (the gear icon), followed by Device > Power. The default is 15 seconds; select a longer time setting to allow for your meditations.

What does Maloka mean?

The inspiration for our name comes from two Sanskrit words. 'Ma' represents creation while 'Loka' represents world. Together they bring to life our vision for Maloka: a truly immersive world filled with exploration, uplift—and play.

Is Maloka a VR app or a mobile app? Will I get the same experience with both?

Good news! Maloka is available for every curiosity seeker out there, whether or not you have an Oculus Quest device.

For those that do, download Maloka as a VR app from the Oculus Quest app store. If you prefer to meditate and build your Maloka universe on your mobile, the app is available for both Apple and Android devices.

Scroll down to the bottom of this page to find the download option that works for you.

What's the difference between meditation and mindfulness? Which one does Maloka offer?

While there is overlap between meditation and mindfulness, there are also key differences. Meditation is a practice that typically begins with an intention: Are you hoping for greater calmness, concentration, or something else? Meditation's focus on looking inward and breathwork will help you reach that intentional state.

Mindfulness is more holistically a way of living. It asks us to be present, to pay attention to what goes on in every moment, and to notice the world around us. The experiences Maloka offers encompass a range of meditation, sound, and yoga practices. All support a mindful life.

How does Maloka select their partners?

Maloka is home to a wide range of experiences led by teachers and practioners based around the world and trained in a variety of wisdom traditions. Many are renowned thought leaders in their fields and we are overjoyed that they share their diversity of background and experience as Maloka partners.

We've chosen to work with our mindfulness practitioners because of their depth of training, skill, and knowledge as well as the authenticity, love, and joy with which they share their practices. We are grateful to have a platform that can help spread their magic.

Interested in speaking to us about a partnership? We would love to hear from you—get in touch today.

I'd love to partner with Maloka. Are you accepting partners?

From meditation to movement, sound healing, breathwork and so much more, we partner with the most inspiring teachers and thought leaders.

If you're an instructor excited about the possibility of helping build a more mindful metaverse—or know someone who might be—we want to hear from you.

‍Reach out to discuss how we can work together to bring even more talent, content, and community to Maloka.

How does Maloka work?

Maloka is available for free as a mobile app on iOS and Google Play, and on VR in the Meta Quest store (formerly Oculus).

Starting on a Quest VR device? Once you create an account, you'll be prompted to link it to the Maloka mobile app. Here's a taster of what you can expect in both:

While the benefits of traditional meditation have been researched and recorded at length—and, if you can believe it, it's already been nearly 40 years since the first VR headsets were sold—VR meditation is still fairly new. Research to date has shown extremely hopeful results for VR's impact on the future of mental health and wellness, and we are at an exciting moment where more data emerges every day.

With the launch of various VR meditation apps, VR is quickly becoming established as a tool to help promote mindfulness and relaxation. Two recent studies allude to its benefits:

The authors of a 2020 study reported that "the use of VR helped [participants] to focus on the present moment by using visual and auditory elements of VR as attentional anchors. The sense of presence in the virtual environment was identified as being helpful to practicing mindfulness, as interruptions to presence could act as distractors."

They continued, "VR may help address the challenges of practicing mindfulness by creating a sense of presence in a tailored virtual environment; by allowing users to attend to visual and auditory anchors of their choice; and by reducing the scope of the content in users’ mind-wandering."

It's clear that the future of VR meditation is bright. Play Maloka today to start experiencing the benefits for yourself.

If you have questions about Maloka, the team, or the exciting things we are up, do not hesitate to reach out!

We are very friendly, and would love to hear from you.